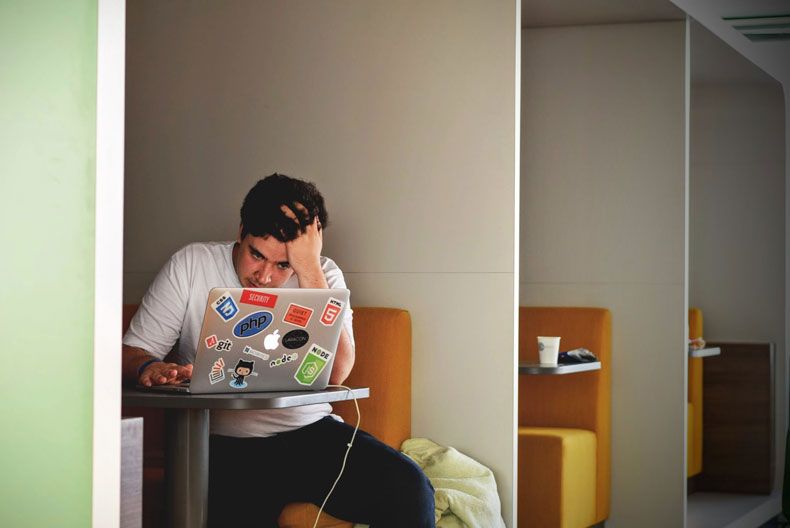 Photo by Tim Gouw on Unsplash

Sometimes I lie down at night wondering how little I can do. There is a fine but very important line between being modest and seeing your shortcomings and feeling that everything you know is worthless. Sometimes I don't know which side I am on. How you ever had this kind of feeling? That's Imposter Syndrome.

Imposter Syndrome is a psychological phenomenon that causes a lack of faith in one's achievements. This is accompanied by a constant fear that you will be revealed as a fraud. A person suffering from Imposter Syndrome is convinced that everything they have achieved is only by luck and they have deceived everyone into thinking they are competent.

I know many developers who showed symptoms of Imposter Syndrome to some extent. Usually, they say that their success is only a matter of luck or good timing. They claim that others greatly exaggerate when describing their positive qualities such as experience and knowledge.

Sometimes it looks like false modesty, but it isn't. I know someone who works at Google who thinks he got really lucky and got accepted by accident.

Yet, he is the smartest person I know. His code is like a piece of art. Why is it that he thinks that he worthless in the eyes of his colleagues?

Thanks to research, we already know that the syndrome is strongly dependant on the context. For example, a person may feel competent and comfortable teaching a programing language or a framework to trainees, but powerless and worthless when talking about their code to colleagues.

It is estimated that up to 70% of the population has experienced this phenomenon at least once. It is mostly influenced by a change in the environment. Usually when getting accepted to a university or to a company.

Oh, you work at your dream company, earn hundreds of thousands a year, and have a wonderful family? - "That's nothing.", "I just got lucky.", "Let's not exaggerate it."

You can tell if you are suffering from this phenomenon if you start saying things like:

Both senior and junior web developers dwell on the fact that they don't know enough. They fail to recognize all their work and past accomplishments. Instead, they focus more on their mistakes and failures.

The tech industry moves very quickly. Lots of technologies, languages, and methods come and go. It is impossible to educate yourself in every single thing that is going in the developer world. You can be great at a language and the next thing you know is that it becomes obsolete, unsupported, and no one uses it. That causes you to keep learning new languages and technologies.

It starts when you get assigned a project and it requires you to use the tech you are unfamiliar with, you start feeling inadequate for the job, and if this feeling is left unchecked, it develops into Imposter Syndrome.

I am an Imposter, now what?#

First of all, research about it, start with Google, find out more. Identify these characteristics and symptoms. What exactly is putting you in this state? What is making you doubt your competence?

Talk about it. Often people don't talk about it because of fear of being 'found out'. That's never the case, tell your friends and family about it. You don't realize how many people feel the same as you.

Remind yourself of all your achievements. Think how much hard work you put into it. There are so few people around you that can do what you do. Embrace it!

Remember that people who hired you or accepted you did it because you had what they were looking for. You haven't fooled anyone, your boss isn't stupid.

Forget what everyone says and motivate yourself to get better. Set yourself small and measurable goals and knock them off.

The main thing to take with you is that if you see yourself as an imposter, it is paradoxically comforting because The Imposter Syndrome is a symptom of success.

You made it! you just haven't realized it yet.